Magic involving the supposed invocation of evil spirits for evil purposes. The use of supernatural powers or magic for evil and selfish purposes.Black magic is malicious and dangerous; negative or harmful.  One of the strongest and powerful spiritual forces of the universe.

Since the middle ages itself, black magic flourished and has several branches, the most important of them being witchcraft, sorcery, necromancy etc.

Practicing black magic perform evil,  though various laws of nature are broken. Casting Black Magic spells allow you to be in control of people’s mind and have them to do what they’re ordered to do. Black Magic intends to manipulate persons for  personal benefits and open to abuse.

Black and white magic are imprecise terms. Roughly speaking, they are used to differentiate magic practices with an intent that is not socially acceptable versus magic practices that are.

If people believed they were the victim of a curse, they would seek out a “white witch,” also known in some places as “cunning folk,” who would work a counter-spell to lift it. Any kind of bad luck, including illnesses and injuries, might be the result of someone else’s black magic and thus required white magic to reverse it.

Get all latest content delivered to your email a few times a month.

Back to
Login
×
Close Panel 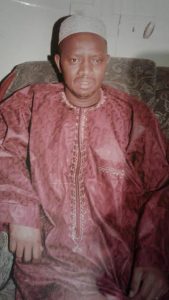